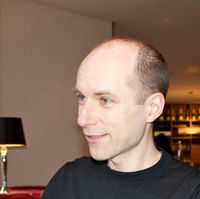 I am Richard Barran, a web developer based in Bordeaux, France.

I specialise in creating websites with the popular Django web framework, and more generally in writing Python code.

I have been working with Django since 2007. Over the period 2007-2015 I was an independent contractor based in London; in 2015 I moved to France; I currently work full-time for a Bordeaux-based startup.

You can find a good resume on my LinkedIn profile which lists the projects I've recently been involved with; I'm also listed on Stack Overflow.

I play to the strengths of the Django framework, specialising in sites that require a significant amount of customisation: e.g. complex data structures, interfacing with third-party systems, internationalisation. A self-proclaimed code monkey, I am flexible and can code, configure servers, write frontend code, talk to end users & interpret their requirements, design systems, and more.

I have contributed over many years to several open-source projects, especially:

Please contact me if you have a Django-related project underway.

See my portfolio for some examples of sites that I have created/that I maintain.