Django-photologue: a new release, and a new maintainer

First, a bit of background: django-photologue is a photo gallery application originally written by Justin Driscoll and developed by him into a fairly sophisticated piece of kit that handles things like watermarking of uploaded photos.

At present I'm using this application on 5 of my sites to quickly provide photo galleries like: 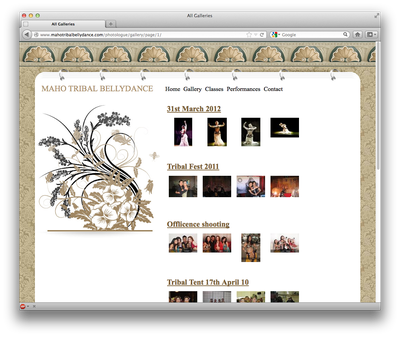 Sadly, Justin had to move on to other things, and found it hard to keep Photologue updated. In fact, the last commit dates back to October 2010, and the issues list started to grow, and grow... (currently there are over 60 open issues).

This was a bit of a problem for me: I could see that (amongst other problems) Photologue still used function-based generic views, so would not work with the next release of Django.

So I got in touch with Justin, and we talked, and he said that he'd been looking for someone to take over maintenance of the project... and, well, I'm now the official project maintainer!

The project was originally hosted on Google Code; the first step has been to move it to Github. Second step has been to prepare a new release (2.4) that fixes various DeprecationWarnings. This removes the immediate problem of Photologue not working with the next release of Django.

As for the future... While talking with Justin, I made it clear that my primary goal was maintenance of the existing project; I started a discussion on the mailing list about a possible "Photologue 3" branch that would bring in major new features (e.g. use of django-filer instead of the built-in solution?). For that however I would much prefer a second committer to step forward and work on new features, while I concentrate on the maintenance side of things. There's plenty to keep me busy: the issues list has 60 or so outstanding entries, the documentation is out of date (and should be in ReadTheDocs rather than in a wiki), and there's loads of translations waiting to be applied.

It's an interesting project for me: I've sent in patches and pull requests to many different projects, but this is the first time that I'm on the other side: planning the future goals of a project, a release schedule, trying to get people interested on the mailing list, and defining the project structure. It's fun!